Jessica Ormerod, maternity spokesperson for the National Health Action Party, welcomes the findings from NICE that 45% of women would be safer giving birth at home or in a midwifery-led unit but is concerned at maternity closures and midwife shortages:

“This research proves what women have long been calling for: a less medicalised birth environment. However, the statement from NICE must not be seen in isolation. Childbirth is unpredictable and while the NHA supports the evidence that some women experience better outcomes supported by midwives  at home, in a non-medicalised environment, it is essential that women are able to access obstetric care if needed.

Since the Health and Social Care Act 2012 the Department of Health is no longer responsible for delivering maternity care. This means that NICE is just one of many of the Department of Health’s arms length bodies so although their findings are interesting there is no national strategy for maternity provision. This coupled with the number of closures and downgrades to hospital services compromises the care women receive.

There is also a significant shortfall of midwives. The number of midwives working in the NHS must increase by around five thousand according to figures from the ROyal College of Midwives in order for the service as it stands to practise safely and certainly before any move to radically change the service takes place.” 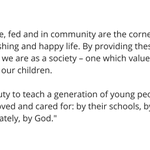