NHA Party treasurer, Naveen Judah, stood for mayor in the new Sheffield City Region mayor election on Thursday 3 May 2018. With the NHA Party's support, South Yorkshire Save Our NHS raised the £8,000 needed for Naveen to stand. A Rotherham resident, Naveen wants to fight back against the rationing, privatisation and service closures being rolled out in the region. He stood for a local party, South Yorkshire Save Our NHS, with the full backing of the NHA Party.

Naveen polled 10,837 votes, taking 4.24% of first preference votes. In his home town of Rotherham he came ahead of the Green Party, Liberal Democrats, and English Democrats.

The following links are to external sites and are not necessarily endorsed by the NHA Party or South Yorkshire Save Our NHS.

As well as being an NHS campaigner, Naveen has worked voluntarily in the disability sector for the last seven years, helping support groups in Rotherham's Disability Network, which he founded and chaired. He is also ex-chair of Rotherham Healthwatch, governor at two special needs schools and has been an independent Parish Councillor. Naveen’s potential candidature has already attracted a lot of interest from local campaign groups and media.

The purpose of Naveen standing is to raise awareness of the huge threats to the NHS in the area from Sustainability and Transformation Plans (STPs) and Accountable Care Organisations  (ACOs - now renamed Integrated Care Systems so as not to alert people to the origins of the concept in the United States where ACOs were first established). South Yorkshire and Bassetlaw is one of the first Accountable Care Systems (precursors of ACOs/ICSs) in the pipeline. ACOs/ICSs are going to be subjected to judicial review because there has not been proper public or parliamentary scrutiny and there are strong concerns they are a vehicle for cuts and privatisation. Under the STP plans savings of hundreds of millions of pounds across the area will have to be made by 2020-21 and that could include the closure of critical stroke units in Barnsley and Rotherham.

The NHS needs a local voice

Unfortunately the local Labour councils have not used their powers to stand up against these plans and are going along with them. This is at odds with Labour Party policy as passed at their conference which is to oppose STPs and ACOs. The Labour mayoral candidate is Dan Jarvis who has not been particularly outspoken on NHS issues and it is doubtful he will raise these in any serious way in the election. The local NHS campaigners who started up the South Yorkshire Save Our NHS party feel it is important to get the message out to voters about the threats to the NHS and the importance of opposing STPs, ACOs, ICSs, cuts and privatisation, and if Labour won’t do it they will. Candidates can put a page explaining their policies into the official booklet that will go to a million people across the four districts.  This is an amazing opportunity to reach many people to inform and alert them about NHS issues.

The Next General Election

As the govt's underfunding of our NHS proceeds, and staff find themselves under ever-increasing pressure, ever more mistakes will be made, and UK media will continue to blame the staff rather than the govt. This morning's BBC "NHS failing" story is about the ambulance service. 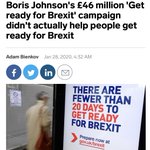 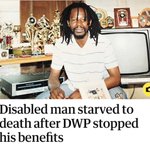