Dr Walker is the principal lecturer in psychology at the University of Brighton and researches in community mental health. He was chair of the European Community Psychology Association Task Force on Austerity and Mental Health. He previously stood for the NHA party in his home constituency of East Worthing & Shoreham at the General Election in 2015. He is a member of the NHA national executive committee.

He played a lead role in his local campaign to stop the NHS Muscular Skeletal contract being privatised, has written a book on his own experiences of the NHS, 'Picked Up, Patched Up and Sent Home', and has a satirical eye on events, despite his serious commitment to the fight for public service. He is a party spokesperson on mental health, but is also a fierce defender of education and has a concern for the involvement of mental health professionals in Job Centres, eloquently expressed in his essay for openDemocracy in 2015 'Dance of Destitution: Psychology's clash over coersion'. He has recently written blogs for Taypayers Against Poverty as part of a series alongside Richard Wilkinson and Kate Pickett of The Equality Trust. He is the author of books, publications and research in psychology.

Dr Walker is motivated to stand for election by the hypocrisy to date of all the main parties' pledges on the NHS, especially on mental health. He says,

"I am passionately committed both to a public NHS and to challenging those whose contempt for democracy means that they will ignore the needs and desires of their electorate in order to seek profit. That's why I stood in 2015. Now things are very much worse. NHS England's Sustainability and Transformation Plans, combined with falling government spending per head on the NHS is reshaping the service. What's left when they have finished will look more like the USA's Medicare, a second class system for those who can't afford to pay. I have watched mental health services being reduced to inadequate levels. Now the other services are following that route. That's not the NHS I want."

The National Executive Committee is in continuing discussions about candidates including potential Progressive Alliance candidates. 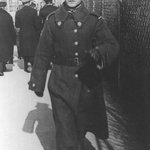 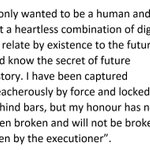 BREAKING/ Just why exactly has @NHSEngland handed £7 million to US private health giant Optum to help identify the most "expensive" NHS patients?

In the US, Optum assesses patients seeking health insurance.

This is deeply sinister stuff, @BorisJohnson.