Home > NHA News > Only 4 years after the Health & Social Care Act, the NHS is being subjected to another re-organisation so big you can see its ‘footprints’ from space

Only 4 years after the Health & Social Care Act, the NHS is being subjected to another re-organisation so big you can see its ‘footprints’ from space

Press release for the National Health Action Party 20th May 2016:

Dr Clive Peedell, leader of the National Health Action Party and a consultant clinical oncologist, has written today to the Secretary of State for Health asking for clarification of the legal status of changes being made to the NHS under the Sustainability and Transformation Plans (STPs).

Dr Peedell said, 'It is extraordinary, and possibly without precedent, that the head of a public service should propose, or implement, changes on such a scale without enabling legislation. What power does the CEO of NHS England have to put this programme in place? This appears to be a substantial service alteration. It should be subject to a major public consultation, but there must also be transparency about where the authority to make these changes derives from."

Dr Peedell's letter to the Sec of State for health is as follows:

To the Rt Hon Jeremy Hunt MP, Secretary of State for Health

I am writing to you on a subject of great urgency regarding the changes to the NHS proposed on 19th May 2016, by Simon Stevens, CEO of NHS England.

Mr Stevens has suggested that the health service could create a form of 'combined authorities'. He talks of spanning hospitals and commissioners and consolidating CCGs.

These proposals appear to run contrary to the provisions of the Health & Social Care Act (2012) and contrary to the stated objective of the Act of a locally driven commissioning service provided by GPs, who have an intimate knowledge of their local community needs.

Whether or not the CCGs have fulfilled this function satisfactorily, they are, nonetheless, a legal creation. I am, therefore, asking for clarification of the legal status of the changes being made under the Sustainability and Transformation Plans.

Mr Stevens has also referred to removing veto powers. Does that mean, in effect, that no-one will be able to object to changes as they will be imposed? Could you clarify which powers are being removed, under what statute were those powers granted, and what legislation been passed to allow their removal?

This announcement was paired with the publication of the funding allocations expected for 2020-2021. Mr Stevens said that these numbers would give a better focus than the funding 'gap' numbers people try to come up with. His predicted figures are shockingly low.

I do not write as a legal expert, but as a doctor with great concern for the impact of these extensive changes on my patients. I ask that you clarify with urgency the law that is being used for these changes which are happening on a large scale with great speed.

My specific concerns are about transparency, responsibility and accountability. There does not appear to be adequate time to prepare proper risk or equality impact assessments.

I look forward to hearing your response on these serious matters. 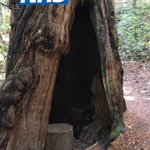