It is terrible to think that almost 11 million children under the age of five (equal to the entire child population of the UK) die each year from preventable and treatable illness, with malnutrition contributing to 60% of these deaths. Of these 8 million were infants, half of them in their first month of life.

But one does not have to go back too far to find a similar scenario in Britain: death rates in the world's worst-affected country today are roughly the same of England at the start of Victoria's reign. What separates us from the world's poor in other nations is not any fundamental divide but the provision of healthcare.

Essential health services remain out of reach of hundreds of millions of the world’s poor. Millions die each year of readily prevented or treatable conditions such as starvation and malnutrition and nutritional deficiencies, diarrhoea, infectious disease HIV/AIDS, TB and malaria, maternal and perinatal conditions, vaccine preventable childhood infections, tobacco-related illnesses and injuries. These have huge social and enormous economic costs.

Ill-health combined with poverty can destabilize economies and entire political systems. The Ebola outbreak shows this and shows too that the stability of the global system hinges on an international effort to fight disease and on the health of the poorest, most vulnerable people. Communicable disease can cross borders as easily as people. So can the cure. Who has not pondered the fact that the current epidemic need never have happened at all? The world has had 20 years to develop a vaccine – but no one saw a profit in doing so.

The world has had even longer to commit to a pledge of 0.7% of GDP to foreign aid. It was a figure first floated by the UN back in 1970; 30 years later it became its Millennium Project. In 2010, it was a manifesto pledge of David Cameron to achieve that 0.7% by 2013 and to enshrine that commitment in law in his first year of office. We're still waiting for that law but the target was finally hit in 2013 – even though millions of pounds of it is actually spent on projects in Britain and visits to the UK by foreign officials

• Back a law to enshrine the commitment of 0.7% of GDP to foreign aid for genuine humanitarian purposes, essential interventions, increased investment in health research and development and other "global public goods".
• Charge the World Health Organisation with coordinating the massive, multi-year scaling up of donor assistance for health and with monitoring of progress. 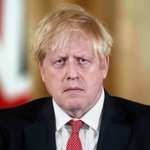