Home > Our Policies > Our 2017 Manifesto > Common sense on Brexit

Under a Conservative government it is clear that the economic costs of Brexit will be borne by the least-well-off in our society, and our public services will see their funding squeezed even further. Instead of £350 million extra per week for the NHS there is likely to be less funding as the economic impact of Brexit hits our economy.

It is important that the Brexit negotiations safeguard the positive aspects of our relationship with the EU. We must be realistic in our negotiations and not expect to be able to cherry-pick only the aspects of the Common Market that we want. The final Brexit deal must, at a minimum, be put to a vote of the UK Parliament.

Recognising the role of EU migrants

The majority of EU citizens who live in the UK are young, healthy, tax-paying workers. Those who stay for a few years pay far more in to the NHS than they could ever take out. Those who settle become part of the fabric of our society.

The NHS relies on overseas staff to fill 1 in 8 posts. This includes over 60,000 EU citizens who, following the Brexit vote, have suffered a great deal of uncertainty over their future in the UK.

NHS figures show a record 17,197 EU nationals, including doctors and nurses left the service in 2016. The NHS is experiencing a serious and long term staffing crisis. The loss of thousands of EU nationals who currently work in the NHS will exacerbate that crisis significantly.

Safeguarding collaboration with the EU on health issues

Avoid opening up the NHS to ‘free trade’ deals

We remain clear about our opposition to transatlantic deals such as TTIP, CETA and TiSA. Such deals would allow unprecedented access to our public services, opening the NHS ‘market’ to foreign interests and allowing them to sue the government if they lose out on contracts. US healthcare firms in particular would like to siphon taxpayers’ money overseas whilst reducing the quality and accountability of care.

We are a trading nation and our trading relations with the world play an important role in our economy. However, we must ensure that harmonisation of standards does not remove or reduce environmental, employment or human rights protections in pursuit of 'free' or deregulated trade. 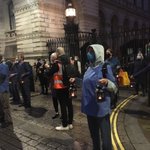 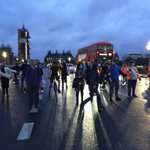 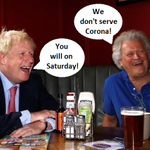